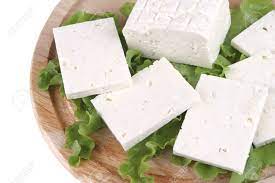 food known from ancient times and consisting of the curd of milk separated from the whey.

The Production of Cheese

The milk of various animals has been used in the making of cheese: the milk of mares and goats by the ancient Greeks, camel’s milk by the early Egyptians, and reindeer’s milk by the Laplanders. Sheep’s milk and goat’s milk are still widely used, but cow’s milk is the most common. The milk may be raw or pasteurized, sweet or sour, whole, skimmed, or with cream added.

The numerous cheeses (often named for their place of origin) depend on their distinctive qualities on the kind and condition of the milk used, the processes of making, and the method and extent of curing. They may be divided into two classes, hard cheeses, which improve with age under suitable conditions, and soft cheeses, intended for immediate consumption. Very hard cheeses include Parmesan and Romano; among the hard cheeses are Cheddar

, edam, emmental, gouda, gruyère, provolone, and swiss. The semisoft cheeses include brick, Gorgonzola, Limburger, Roquefort, Muenster, and Stilton; some of the soft cheeses are Brie, Camembert, cottage, Neufchâtel, and ricotta.

Conditions of Use & Sale